A list of Kakegurui animated media that has been released or is upcoming.

The first anime adaptation for Kakegurui, produced by MAPPA, aired in July 2017. The first two episodes were previewed at a screening on June 23, 2017, and regular broadcasting has ran from July 1, 2017 to September 23, 2017, with the final episode being an anime original episode drafted by Homura Kawamoto, one of the creators of the manga. When released, a series of exclusive picture drama shorts were included with the Blu-Ray.

The second season of the anime, officially titled Kakegurui×× was announced on January 6, 2018 and started airing on January 9, 2019. The final episode was broadcasted on March 27, 2019.

On November 8th, 2021, an animated adaptation of Kakegurui Twin was announced for release on Netflix set for August 2022, making the third major release for the series. [1].

In the first Season, Yumeko Jabami enters the schooland and sturs everything up. She is a compulsive gambler and there are no stakes too high for her. With her friends Ryota and Mary she is going after the Student council and eventually the President of the academy...

The opening song is Deal with the Devil, the ending is LAYon-theLINE and special ending song Is Russian Roulette of Love for episode 9.

There is a presidential election, which of course works through gambling. Just as that is announced, a group of people, all tied to the Momobamis arrive at the school, fighting for the seat. Yumeko and her friends are as always in the middle of everything...

To celebrate the broadcast of Season 2, the voice actors of the main cast were brought to a casino and played various games against each other in what they called "Cast Battle Royale" (キャストバトルロイヤル). The members involved were:

The segments were later narrated by Kirari and Ririka's voice actress Miyuki Sawashiro.

In the first round, the voice actors played Cheating Allowed. The players who ended the game with the highest amount of chips were, in order: Saori Hayami (40 chips), Mariya Ise (32 chips), Karin Nanami (31 chips), and Tatsuya Tokutake (25 chips).

In the semifinals, Saori Hayami played against Karin Nanami, while Mariya Ise played against Tatsuya Tokutake. The chosen game this time was blackjack. Hayami and Ise were the winners.

Finally, the last round was a game of Texas Hold'em played by Saori Hayami and Mariya Ise. Ironically, Hayami was the one who won, showing similarity with her character.

An adaptation of Kakegurui Twin was announced on November 8th, 2021 on Netflix Japan Anime's Twitter. It is set for release on August, 2022. 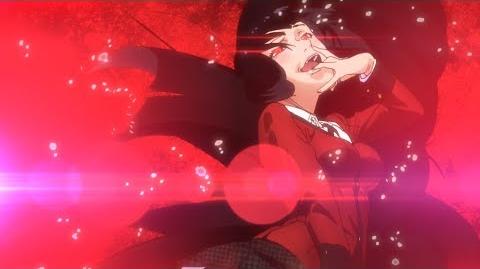 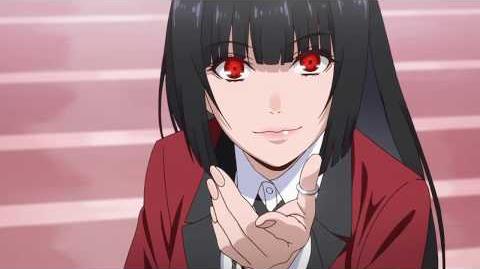 TVアニメ「賭ケグルイ××」PV
An official trailer for the second season, Kakegurui XX
Community content is available under CC-BY-SA unless otherwise noted.
Advertisement